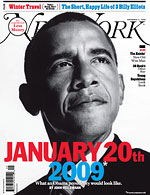 My long time friend Adam, whom I met while living in Washington, D.C. is a restaurant critic and food writer for New York magazine.  I have shared some wonderful meals with Adam and he taught me how to order sushi. He also makes a killer Chinese sesame noodle dish (we’ll have to talk him out of the recipe). As a child, Adam lived in Taiwan and Japan which helped to shape his sophisticated palate.

1)   What was your latest assignment?
" New York magazine sent me to northern Italy to write about the famous white truffle of Alba. White truffles are hard to find and only flourish for a few weeks every year.  They cost between $2 and $3,000 per pound, and are among  the most expensive food stuffs on earth.

The idea was to find a truffle on a truffle hunt, then follow it as it was sold in the market, through various middlemen, all the way back to a restaurant in New York. I found my truffle and ultimately ate it, at great cost to the magazine, at a restaurant in Manhattan called Gilt.  Of course, now the white truffle market has collapsed and I don’t think we’ll be publishing the story."

2)  What is the one food or beverage ingredient that you cannot live without?
"Pringles Chips, Salt, Bacon Fat."

3)  Who is your mentor, professionally or personally?
"I never really had a mentor. I think I’m too grumpy for mentors. But there are plenty of writers that I admire. I like A.J. Liebling and Joseph Weschberg of the old New Yorker.  Calvin Trillin and Nora Ephron write wonderfully about food. Among the grand food writers of today, Jeffery Steingarten and Alan Richman are great; so is the LA restaurant critic, Jonathan Gold."

4)  What is your favorite food memory from childhood?
"My father worked in U.S. embassies around the world, so I lived overseas a lot as a kid. My brothers and I used to have dumpling eating contests in Taiwan, which during the Sixties, was full of great chefs who’d fled mainland China. We had a cook who made this great dish called “Bombs on Moscow”. You have this mountain of hot Rice Crispie style rice. It’s  poured with this hot, sweet spicy red sauce, which makes the dish sizzle and steam in a dramatic, theatrical way.  It was fabulous."

5)  What would be your ultimate meal?
"The ultimate opulent meal for me is Peking Duck. There’s nothing like that first crunchy, sweet taste of duck fat. For dessert, I like anything made with lemons. For everyday dining, it’s a tossup between a well cooked cheeseburger, and a summertime BLT. "