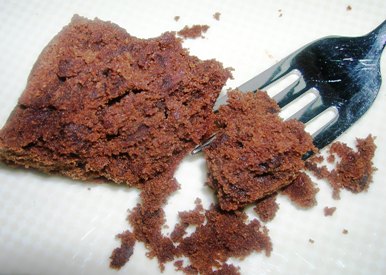 We tried a new brownie recipe this week.  They were a big hit with grown ups.  My children thought they were "just OK."  What’s a mother to do?  Well, I’ll tell you what this mother did.  I packed apples and corn chips into the lunch boxes, then I sat down with a good cup of coffee and indulged in a "much better than just OK" brownie.  Their loss, my gain.  These brownies were dense and they had an outstanding chocolate flavor.  Simply, these brownies were downright delicious.  Lisa Yockelson often writes pastry recipes for the Boston Globe.  This particular recipe calls for a bit of technique, but the end result was well worth the effort.

1. Set the oven at 350 degrees. Butter an 8- or 9-inch square baking pan. Dust the pan with flour, tapping out the excess.

2. In a bowl over hot but not boiling water, melt the unsweetened and bittersweet chocolates. Remove the bowl from the water, wipe the bottom of the bowl, and set the chocolate aside to cool.

3. In another bowl, whisk the flour, baking powder, salt, and cocoa powder.

4. In a smaller bowl, toss the chocolate chips with 1 teaspoon of the flour mixture.

5. In an electric mixer, cream the butter at medium speed for 3 minutes. Add the granulated sugar and beat 1 minute more. Beat in the eggs, one at a time, blending well after each addition.

6. With the mixer set on its lowest speed, blend in the chocolate mixture, vanilla, and flour mixture. Beat only until blended.

Remove the bowl from the mixer stand. With a large metal spoon, stir in the chocolate chips.

7. Transfer the batter to the baking pan, spreading it evenly and smoothing the top.

8. Bake the brownies for 30 minutes or until the top is just set. Transfer the pan to a wire rack to cool completely.

9. Cut the brownies into quarters, then cut each quarter into 4 squares. Use a small offset spatula to remove the brownies from the pan. Store in an airtight container for up to 1 week. Just before serving, dust the tops of the brownies with confectioners’ sugar.